Is It Possible to Restore Bulk Deleted Multiple Apps at One Time? 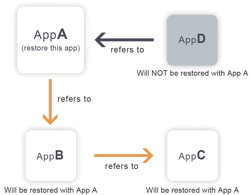 In this example, apps A, B, and C are bulk deleted, and then restore app A.

References
Was this information helpful?