What Is an In-Space App?

The permanent link has been copied.
Article Number:040709

An in-space app is an app that is associated with a space.
Apps that belong to a space are displayed in the Apps section of the space portal. This allows for easy access to apps associated with the space.
In addition, knowing which space an app belongs to helps you get the idea of what the app is used for. This makes it easier for you to organize apps.
When you use an app to manage information, documents, or To-Dos that are necessary for team interactions carried out in a space, it is recommended that you associate the app with the space.

Depending on the number of threads the space has, in-space apps are displayed as shown below.

Clicking an app icon navigates you to the app. The breadcrumbs indicate that the app is located inside the space. 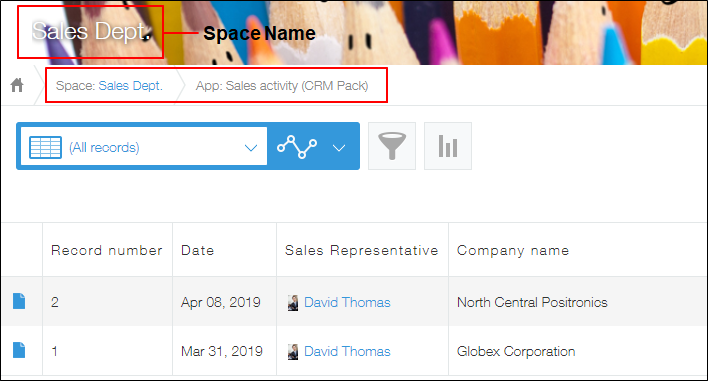 Steps to create in-space apps are explained in Creating Apps in Spaces.

Note
Was this information helpful?