About Status, Action, and Assignee

In Process Management, a process is set by combining the followings:

For the example involving the process of "creating a record with request details and obtaining the supervisor approval", the status, action, and assignee are represented as shown in the figure below. 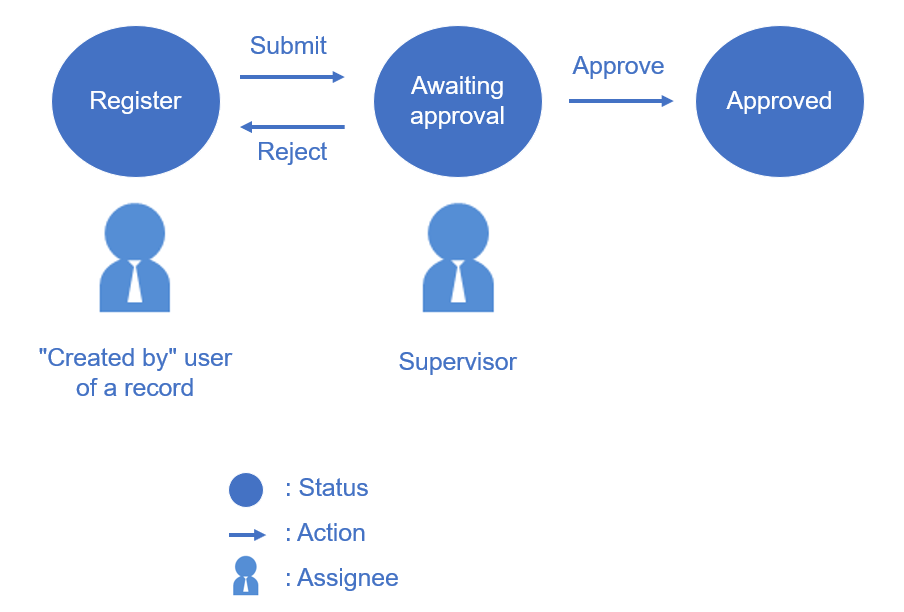 This indicates the process status of records.
If you set the status, the current status of each record is displayed.

Action refers to an operation of changing the status of a record. Actions are set for each status.
When an action is set, a button used to perform that action is displayed on the record details screen.
When the user clicks the button, the status of the record changes.

Multiple actions can be set for a status.
For each action, set the "Status After Action Taken".
You can also use field values to set the conditions for each action to be performed.
For example, in the "Expenditure" field, if you set two actions whereby 1) an action is to be taken only when the field value is $10,000 or over, and 2) an action is to be taken when the field value is less than $10,000, the action available to the user will vary depending on the amount of expenditure. 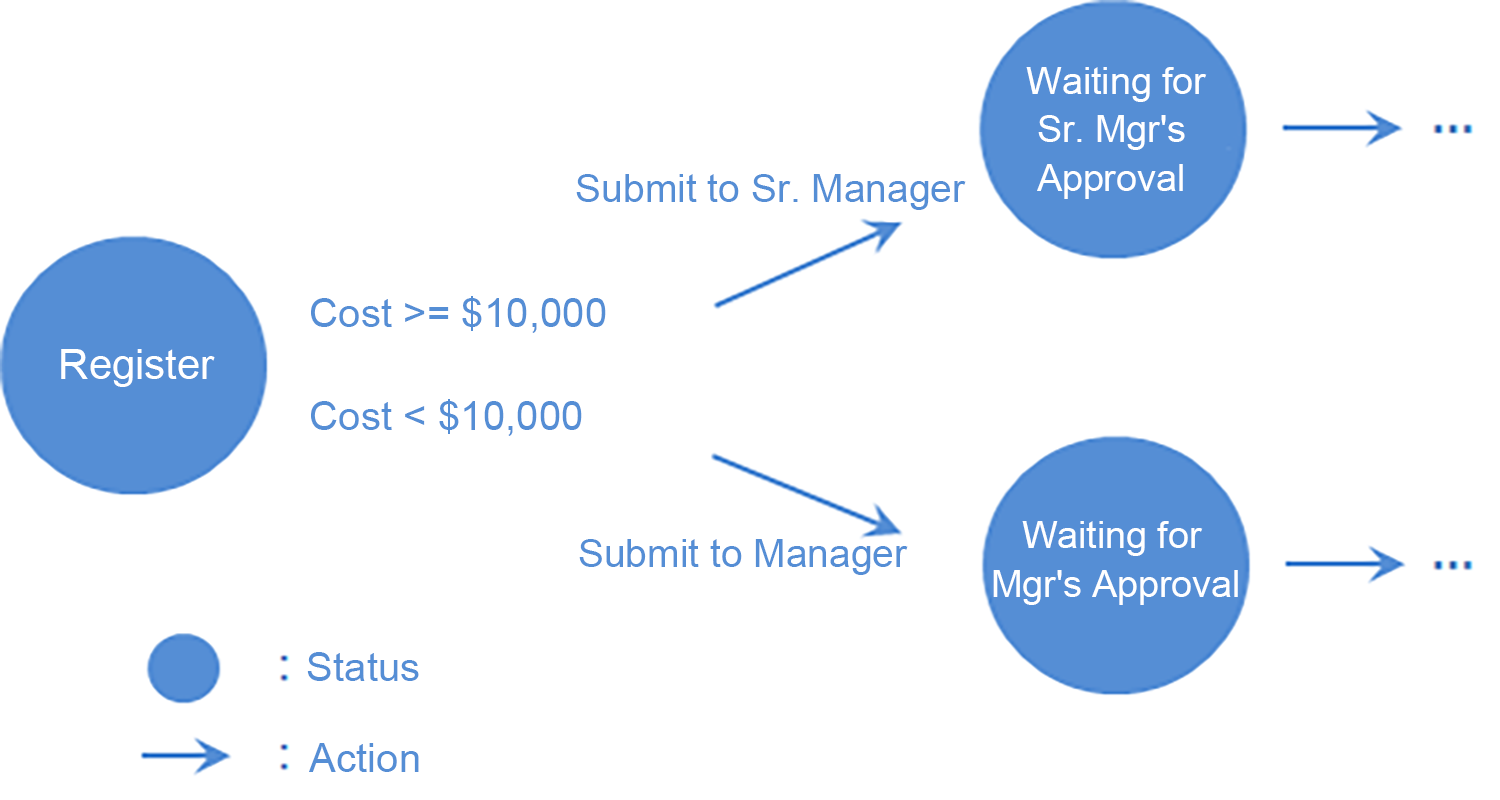 * The specific configuration steps are described in "Request with Conditional Branching" in "Example Settings of Request Workflows".

You must specify actions for the initial status and the middle statuses.
You do not need to specify any action for the last status.

Assignee refers to the user who is allowed to take actions. You can set an assignee for each status.
If an assignee has been specified, the button that is used to perform an action is displayed only on the record details screen for that assignee.
If "the logged-in user is not the current assignee of the record" or If "multiple users including the logged-in user are assigned as assignees", "Current Assignees" is displayed on the right side of the status.

If an assignee has not been specified, the button that is used to perform an action is displayed on the record details screen for all users.

You can specify assignees for the initial status and the middle statuses.
You do not need to specify any assignee for the last status. 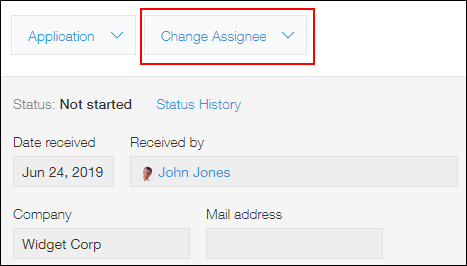 For the following users, Change Assignee is displayed at the top of the screen, to allow these users to change the current assignee.

Was this information helpful?